First Nations - Sites that may be useful

http://www.fourdirectionsteachings.com/main.html
Open the above link and watch the interactive videos.  Post five things you learned and one question you have. 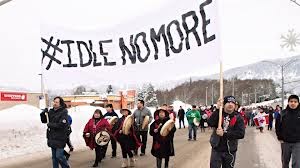 1. The Cree invented the medcine wheel.

2. The middle of the medicine wheel represents fire which is meaning where the teachings come from.

3. Cree people were named for the 4 parts of human beings.

4. There are 4 parts to human beings, spiritual, physical, emotional, and mental.

Who founded the Cree culture?

1 The Mohawk faught with the Europeans for 100 year.

2 The Mohawk had to go up north to avoid the Europeans.

3 The Mohawks believe that a woman from the stars made our world.

4 The "Sky Woman" made our earth from a turtles shell, and some dirt.

5 The Mohawk dance in circle to circulate the earth, and make plants grow( mohawk go counter-clockwise,and other tribes go counter)


? Why did the Star Woman come here?

1.The teepee circle sturcture has a female side and a male side,with a fire in the centre.

2.Societies were graded by age.

3.One time,it was illegal for the societies to practice their traditions in Canada.

4.A pow wow is a gathering with all of the people,when nations come together with drummers and dancers.

5.A ceremonial circle structure was their way of communicating and working in a group.

Question:Why are the societies named after animals?