Posted by anotherfinekettleoffish at 5:50 PM 12 comments:

Collect evidence from the crime scene and analyse it using forensic science methods to help Detective Bones solve the crime in our online game!
http://www.glasgowsciencecentre.org/online/forensic-science-games.html

2. http://goo.gl/ipnIAX
Open the above link and play CLUE online.

Posted by anotherfinekettleoffish at 12:26 PM 3 comments:

http://www.pbs.org/wgbh/buildingbig/lab/forces.html
Open the above link and complete all four activities.  Post one thing you learned in each section.

Posted by anotherfinekettleoffish at 10:04 AM 14 comments:

Open the link below and watch the video.  Did you suspect the culprit?
http://goo.gl/JemdlG


Posted by anotherfinekettleoffish at 3:15 PM 22 comments:

What does Martin Luther King Jr. Day mean to you?

Tell me one thing you know about Martin Luther King Jr. (post your responses).

Posted by anotherfinekettleoffish at 4:09 PM 20 comments:

Crime Scene: The Case of the Barefoot Burglar

Open the link below and try to solve the crime of the barefoot burglar. By clicking on the different areas in the kitchen, you can scan for various clues that will point you to the correct suspect.
http://www.stem-works.com/subjects/3-forensics/activities/72
Posted by anotherfinekettleoffish at 4:31 PM 2 comments:


From Nova - Jan. 19th, 2014
DNA - It's what makes you unique. Unless you have an identical twin, your DNA is different from that of every other person in the world. And that’s what makes DNA fingerprinting possible. Experts can use DNA fingerprints for everything from determining a biological mother or father to identifying the suspect of a crime. What, then, is a DNA fingerprint and how is it made? Here, you'll find out by solving a mystery—a crime of sorts. First, you’ll create a DNA fingerprint (we'll supply the lab and all necessary materials). Then you’ll compare this DNA fingerprint to those of all seven suspects to nab the perpetrator. Ready? Open the above link. Let's get to work! 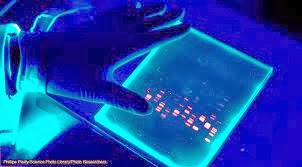 Posted by anotherfinekettleoffish at 3:43 PM No comments:

The Cubli - What do you think?


I really wanted one of these for Christmas!  What kind of skills do you think you would need to create a Cubli?  What kinds of uses do you see for Cubli in the future? (Post your responses.)
Posted by anotherfinekettleoffish at 12:45 PM 5 comments:

http://www.mensaforkids.org/play_template.cfm
Open the above link and pick a game that interests you.  Try it out and rate it using your own rating scale. Post your response. Don't forget to include the title of the game and your name.  Explain your rating.

Posted by anotherfinekettleoffish at 1:24 PM 3 comments:

Watch the above videos.
Your task is to use critical thinking to compare a specific Greek god or goddess to the superhero or superheroes you created at the beginning of the school year.
The ancient Greeks were polytheistic, meaning they worshiped multiple gods. They also told many stories (myths) about the gods, which were meant to guide human behavior and teach about the relationship between gods and humans.
Some of the main characters in the Greek “pantheon” (collection of gods and goddesses) include:
Zeus, the thunder god and ruler of the gods
Poseidon, sea god
Hades, god of the underworld
Persephone, queen of the underworld
Hephaestus, god of fire (blacksmithing)
Hermes, messenger
Ares, god of war
Apollo, god of light, linked to Helios, the sun
Dionysus, god of wine and fertility
Hera, wife of Zeus, queen of the gods
Aphrodite, goddess of love
In addition to gods and goddesses, the Greeks included many heroes in their myths. Heroes were either human or demigods (the offspring of a human and a god or goddess).
The following student friendly links are also helpful. The first one is an overview of the gods and the second one has myths.
http://www.historyforkids.org/learn/greeks/religion/gods.htm
http://www.historyforkids.org/learn/greeks/religion/greekmyths.htm

Superheroes almost always begin as ordinary humans who later acquire special powers. In their pre-superhero lives, these humans often are outcasts or just regular people. Many have also experienced personal tragedies, challenges or setbacks. Superheroes are known for fighting evil, whether in the form of human criminals or supervillains, so gaining superhero status allows tragic individuals to redeem themselves and/or avenge wrongs. Good examples of outcasts-turned-superheroes are Spider-Man, Rogue (from X-Men) and Captain America. Batman does not have special powers per se, but prior to taking on his superhero persona, he witnesses the tragic fate of his parents. Are the themes of redemption and vengeance also present in Greek myths?

Your Question: How are the motivations of your superhero similar to, or different from, those of the Greek god, goddess, or hero that you chose?
Respond on Google docs and post your response.

Posted by anotherfinekettleoffish at 12:27 PM 21 comments: