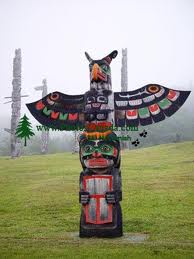 http://goo.gl/rcwti
Open the above site and read/explore carefully.  Complete all the questions and the quiz.  Post three things you learned.
Posted by anotherfinekettleoffish at 3:02 PM

1. First Nations people are descendants of
the original inhabitants
of Canada who lived
off the land for thousands of years
before explorers.


2. There are 704,851 First Nations
people in Canada. Most of them live in a reserve. A reserve is a peace of land owned by the First Nations people.


3. There are 614 First Nations
communities. Here are some of the communities in
each province and territory: Newfoundland
Nova Scotia
Prince Edward Island
New Brunswick
Quebec
Ontario
Manitoba
And more.

I learned that BC has the most first nation tribes. Another thing I learned is that the are 614 different first nation communities on the Earth. Lastly, there are certain names for for areas like Oshawa is Ontario.

3 And finally I learned that there are 614 communities in canada, for first nations, with 704,851 people living there.

3. That the towns in Canada has names on their own such as Oshawa (Omtario) and many more.

1. I learned that Ontario has the second greatest number of First Nations.

2. I also learned that in canada that there are 614 First Nations communities.

3. i discovered that Prince Edward
Island has the least number of First Nations.

1. I leaened that Ontarios ancient name is Oshawa and that it means "crossing of a stream" or "carrying place".

2. Another thing I learned that is putting on a coating of warm spruce gum and greese will make a canoe waterproof.

3. and finally I learned that 4.5 percent of the Canadian population have First Nation ancesrty. Alyssa

1.I learned that the Mi'kmaq people and other Algonqin peoples,use evergreen boughs on the floor of wigwams to keep the dampness out.

2.Another thing i learned was that British Columbia has the greatest number of first nations communities.

3.Lastly,I learned that The Pas(Manitoba)originated with a Cree word with the meaning of "a narrow place" or "narrow between high banks"

2.i learnd that ontarios name was Oshawa not ontario.

3.bc hase the most first nations tribes.