http://animal.discovery.com/convergence/dragons/
Open the above link and explore. 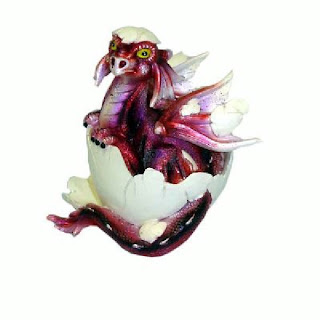 Posted by anotherfinekettleoffish at 3:15 PM

5 Things I learned About dragons

Every culture has dragon myths.
Dragons are actually possible.
Many cultures thought that they had dragon bones, but they where just whale.
there are many different types of dragons. even though cultures never connected they still had very simmilar myths.

5 THINGS I LEARNED ABOUT DRAGONS
1. Chinese dragons cannot fly.
2. That there are 4 types of dragons. Mountain,forest,Marine and prehistoric.
3. That the oldest dragons came from 4000 to 5000 B.C.
4.The Hydra from greek mythology was actually a dragon.
5. A dragon from Sumar was 50 miles in length.

1.Komodo Dragons can smell a dead carcus from many kilometers away.
2.Forest dragons live in the woods.
3.They have short wings and were able to fly significant aerial distances.
4.Mountain dragons had 2 sets of legs.
5.Their body was short.

The Hungarian Horntail Is a large dragon That can breathe deadly fire. They have Many spikes and spines running down their backs. They have multiple horns on their heads. Their thick scales colour vary from red, black and deep orange. Their fire can reach a searing 13 000 C. He has green eyes, and a mane of spikes. They have a large, razor sharp horn on the end of each wing. The wingspan of the dragon can go from 15 ft. To 75 ft. Their wings are leathery and bat-like. In their mouth, they have teeth that can slice through most materials. On their feet, they have claws the size of bread knifes. On the end of their tail, they have a diamond shaped large scale. On it are 3 distinct spike on each side. Each one is serrated, and are excellent for cutting large chunks of meat. They prefer mountainous habitats, but will occasionally find their home in plains. They tend to be smart like crows, and are able to communicate in their own language(consisting of roars and growls).

This dragon is fully black that looks like a very dark navy blue. It’s eye colour is red, it’s wings are very large, and it has big horns on the front of it’s head that go 1/4 down it’s back. The Hebridean dragon can grow to be 30 feet long! The dragon has dark ridges along it’s back that lead to a tipped tail with an arrow-shaped spike.