Where in the World? 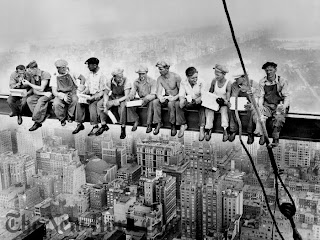 Posted by anotherfinekettleoffish at 1:36 PM

-One of the seven wonders of the modern world.

-The Empire State Building is currently the third tallest skyscraper in the United States.

-it is located in ney york.

-In the movie king kong made in 1933 a giant monkey climbed the empire state building.

-In the film The Day After Tomorrow, the Empire State Building can be seen freezing over during a superstorm that creates another ice age.

-The film Independence Day features the Empire State Building being blown up by aliens planning to destroy the whole city.

-In the film Percy Jackson and the Olympians The Lightning Thief Mount Olympus is located over the Empire State Building, and there is a special elevator in the building to the 600th floor which is supposed to be Olympus just like in the book series.

The Empire State Building is a 102-story landmark Art Deco skyscraper in New York City, United States, at the intersection of Fifth Avenue and West 34th Street. It is 1,250 ft (381 meters) tall.

The Empire State Building was designed by William F. Lamb from the architectural firm Shreve, Lamb and Harmon, which produced the building drawings in just two weeks.

At 9:40 a.m.on Saturday, July 28, 1945, a B-25 Mitchell bomber, piloted in thick fog by Lieutenant Colonel William Franklin Smith, Jr., crashed into the north side of the Empire State Building, between the 79th and 80th floors, where the offices of the National Catholic Welfare Council were located.

The Empire State Building was featured in many hit movies such as King Kong, Independence Day, and even in the movie Elf, making this tall structure a terrific actor.

The Empire State Building
- it is located in New York
- it is 102 stories high
- It was the tallest building in the world for 40 years until the World Trade Center's North Tower was built. After the destruction of the World Trade Center it once again stood as the world's tallest building.
- It is one of the 7 wonders of the modern world
- It is 1,250 ft or 381 meters tall
- In the movie Percy Jackson and the Lightning Thieves Mount Olympus is on the 600th floor

is anybody going to answer me?

My dad has a spoof of this picture in his work shed that has some of the worlds most famous actrices and models.

Anonymous,
We are posting our W.I.T.W. because it is more convinient to do it on the portal, also we won't have to worry about handing it in.
It's just easier for a lot of people.
:)